Forums
Recovery Discussion
Share Your Story
Pulling Myself Out 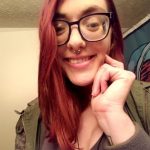 I've just found this forum last night but wanted to post what happened during my earlier days of recovery in hopes of possibly connecting to or helping another pull through. So, the first few days were horrible - the cycle always began with "you'll feel better with a shot" and "you can always start next week". Always disoriented by the drug's re-wiring of my brain's withering cells. My mind was set, though. I refused to be homeless anymore, lost my desire for the flux of dirty money, and couldn't handle the constant toll my body endured. The difficulty finally leveled down, sickness subsided, I was working again. Even though I wasn't even at 50% yet, it still felt good to have something back that heroin hid from me for so long.

However, the rest of that month was the battle with severe depression. Just below the line of what I felt during use - which continues the cycle of "a hit will ease this". I had to explain to my family and friends of my emotional volatility during this time so that they were prepared to handle both myself as well as the feelings that I may force upon them; seeing me wipe teary streaks from the lines of my face. Or, holding their words when I was unable to hold mine.

But, that month had finally passed, the misery was beginning to subside. Except this wasn't what I remembered it to be. The "happiness", I mean. Almost wondering if I'd lied to myself about what that actually felt like or whether I still had feelings left at all - the cycle would press me with "dope used to make me feel good. I just want to feel... Something." It's one of my least favorite things to tell a person in or seeking recovery, that the sensation they once knew, that they once pushed into their bloodstream, that they had been craving over this arduous recupe likely may not come back for a much longer time than the promise made to themself. I believe that with those of us who deal with addiction and/or mental illness have equipped ourselves with what's needed for our most-endured experiences. Though, not all have had to go through prolonged periods of, well, nothingness. Unintentional emotionlessness. You alone are teaching yourself to cope with situations you've possibly never been put into before over an undetermined stretch.

For me, it took months before true sensations of joy came back to me. There were brief periods during when something would stir such as seeing my children have fun or laughing with friends, but had to remind myself that others feel good without provocation as well. I would remember the shit I'd been through and those we lost, of Death's figure toting alongside me, as well his generosity in sparing me several times. Despite the revivals, I have memories of then being upset with those who had saved me, wishing to have been overlooked, left to my bed.

Looking back at what my mental state was and how close things really came, I now appreciate the luck I've garnered. Once again, after years of illegal satisfaction and the months of emptiness that followed, happiness is returning. It took a long time for me to even begin to touch normality - the cycle may never end when still thoughts of "just enough to last the week, start recovery Friday" creep up every now and then.

Though, distracting myself continues to get easier. I do best with not only keeping busy but am slowly rebuilding what was left of my will-power. Each time that cycle has come around, I think about the losses I've regained in regards to relationships, possessions, and really just my whole damn self.  Dope is only a temporary fix chemically - and permanent dent mentally. Rock bottom is still etched into my mind's map, the trip back is merely a number to dial.